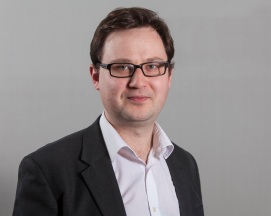 I was born in Manchester, before coming to the University of Nottingham in 2003, where I’ve stayed ever since.

I was elected to represent Basford ward on Nottingham City Council in 2011. Until my decision to stand for election to Parliament in 2017, I was also a member of the Council’s Executive Board, with special responsibility for the Adults and Health portfolio, and chair of the City’s Health and Wellbeing Board. I stood down from the City Council in 2017.

Upon the announcement that Graham Allen, the previous MP for Nottingham North, was to stand down, I decided to put forward my candidacy and was subsequently honoured to be selected as the Labour candidate for Nottingham North. On June 8th 2017 I was elected as the next Member of Parliament for the constituency with a majority of 11,160, only 700 short of Graham Allen’s most recent electoral result, despite having no incumbency factor.

In 2019 I served as a Shadow Minister for Labour’s Department for International Development Team. I have also served on the Home Affairs Select Committee and the Procedure Committee.

I was re-elected as an MP in December 2019. Since April 2020 I have been proud to serve as Shadow Minister of State for Prevention, Public Health and Primary Care on Labour’s Opposition frontbench.

I have been working on the Assaults on Retail Workers (Offences) Bill, which I introduced to Parliament in March 2020. This law would ensure that retail workers are given stronger legal protections to prevent them being the target of violence and abuse.

I currently live in Highbury Vale and have previously lived in different parts of Basford including Whitemoor Estate and opposite Vernon Park. I’ve also previously worked as a Trade Union Organiser, as well as for the Labour Party and the City Council.

Outside of Parliament, Council and work life I’m a keen runner, support Manchester City and my wife and I have two border collies!